Multilayer modeling of complex systems: from systems medicine to infodemiology (of COVID-19)

Complex systems are characterized by constituents -- from neurons in the brain to individuals in a social network -- which exhibit special structural organization and nonlinear dynamics. As a consequence, a complex system can not be understood by studying its units separately because their interactions lead to unexpected emerging phenomena, from collective behavior to phase transitions.

In the last decade, we have discovered that a new level of complexity characterizes a variety of natural and artificial systems, where units interact, simultaneously, in distinct ways. For instance, this is the case of multimodal transportation systems (e.g., metro, bus and train networks) or of social networks, whose interactions might be of different type (e.g. trust, trade, virtual, etc.).

The unprecedented newfound wealth of data allows to categorize system's interdependency by defining distinct "layers", each one encoding a different network representation of the system. The result is a multilayer network model.

In this talk we will discuss the most salient features of multilayer systems and how to determine their robustness, node versatility and mesoscale organization, with special attention to applications to empirical biological, socio-ecological and socio-technical networks. Towards the end, we will discuss recent applications to systems medicine and infodemiology of COVID-19.

References (partially covered or just mentioned during the talk):

Dr. De Domenico is a physicist, Senior Researcher at Fondazione Bruno Kessler (Italy), where he leads the Complex Multilayer Network (CoMuNe) Lab. He is Adjoint Professor of Network Science at the University of Trento and Visiting Professor at the University Rovira i Virgili (Spain).

He obtained his PhD from Scuola Superiore di Catania in February 2012. His research is focused on the study of phenomena emerging from natural and artificial interdependent systems. He is mostly known for contributions to modeling and analysis of multilayer networks, with foundational works on their structure, dynamics, information capacity and resilience to perturbations. His applications to empirical systems include social networks (human behavior, communication), urban/transportation systems and biological systems (human brain, multi-omics), with impact in personalized medicine, smart city engineering and policy-making in response to spreading phenomena such as infodemics.

De Domenico has co-authored 120+ papers, published in prestigious journals including Nature, Nature Communications, Nature Human Behavior, Nature Methods, Nature Physics, Physical Review X, Physical Review Letters and PNAS. He is Director of the Mediterranean School of Complex Networks, Associate Editor of Complexity, Journal of Complex Networks and Frontiers in Physics, as well as an elected member of the Complex Systems Society council and National Coordinator of the Italian Chapter of the Complex Systems Society. 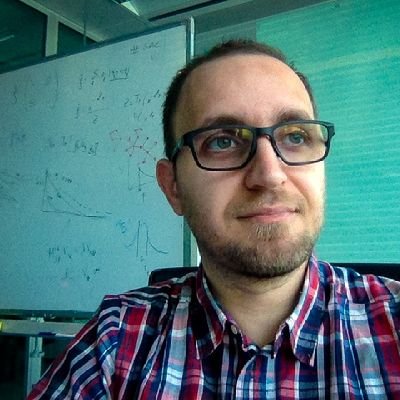