In most natural and engineered systems, a set of entities interact with each other in complicated patterns that can encompass multiple types of relationships, change in time, and include other types of complications. Such systems include multiple subsystems and layers of connectivity, and it is important to take such“multilayer”features into account to try to improve our understanding of complex systems. Consequently, it is necessary to generalize “traditional” network theory by developing (and validating) a framework and associated tools to study multilayer systems in a comprehensive fashion. The origins of such efforts date back several decades and arose in multiple disciplines, and now the study of multilayer networks has become one of the most important directions in network science. We will present the recent history of multilayer networks (and related concepts) and review the exploding body of work on such networks.

Alex Arenas (Barcelona, 1969) is Full Professor at the Departament d’Enginyeria Informàtica i Matemàtiques (DEIM) of the Universitat Rovira i Virgili. He obtained his PhD in Physics in1996. In 1995, he got a tenure position at DEIM, and in 1997 he became associate professor at the same department. In 2000, he was visiting scholar at the Lawrence Berkeley Lab. (LBL) in the Applied Mathematics group of Prof. Alexandre Chorin (University of California, Berkeley). After this visit, he started a collaboration with Berkeley, and in 2007 he became visiting researcher of LBL. Arenas has written more than 210 interdisciplinary publications in major peer reviewed including Nature, PNAS, Physics Reports andPhysical Review Letters, which have received more than 2500 citations. He is one of the few Europeans serving as Associate Editors of the most important publication in physics worldwide, the American Physical Society journalPhysical Review. He is in charge of the Interdisciplinary Physics section ofPhysical Review E. 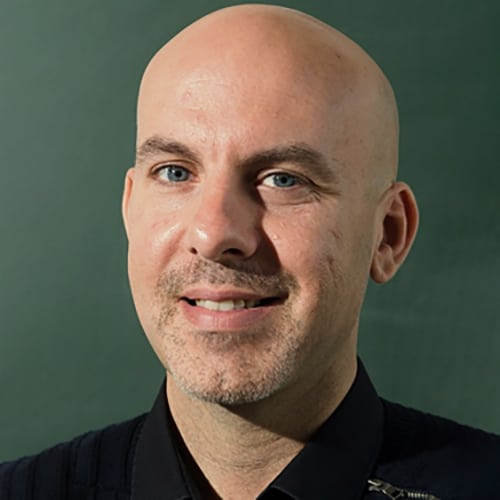 Time given in ET/ New York